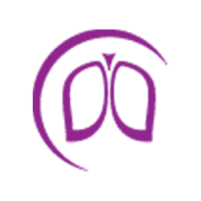 Tobacco smoking is one of the most preventable causes of poor health and premature death worldwide. There are still estimated to be approximately 1 billion tobacco smokers worldwide, amounting to approximately 30% of men and 7% of women. Cigarettes, cigars, pipes, cigarillos and hookah are the most commonly smoked tobacco productives. Smokeless tobacco use, which includes chewing or snorting tobacco preparations, also carries significant health risks.

What does it mean to stop smoking?

Stopping smoking usually involves an intention not to smoke any tobacco product from a given point in time (a ‘quit attempt’), followed by self-conscious resistance of urges to smoke, resulting in a period of abstinence. Abstinence can be either ‘short term’ lasting up to 4 weeks, or ‘long-term ’lasting at least 6 months.

What are the health risks of smoking?

Tobacco smoking increases the risk of contracting a wide range of diseases, many of which are fatal. Tobacco contains biologically significant concentrations of known carcinogens as well as many other toxic chemicals and gases. Tobacco smoking is estimated to lead to the premature death of approximately 6 million people worldwide. Most smoking related deaths result from heart disease, stroke, cancers of the lung and upper airways, and chronic obstructive pulmonary disease (COPD). Smokers who do not stop smoking lose an average of 10 years of life expectancy compared with never-smokers. Exposure to second-hand smoke also carries a significant risk for both children and adults. Thus, non-smokers who are exposed to a smoky environment have an increased risk of cancer, heart disease and respiratory disease.

What happens to my health when I stop smoking?

Stopping smoking at any age is beneficial compared with continuing to smoke. For some diseases, the risk can be reversed while for others the risk is approximately frozen at the point when smoking stopped. The risk of heart disease caused by smoking reduces by 50% within 12 months of stopping smoking. Stopping smoking returns the rate of decline in lung function to the normal age-related decline, but does not reverse this; and it reduces the frequency of severe COPD exacerbations. Stopping smoking ‘freezes’ the risk of smoking-related cancers at the level experienced when stopping occurs but does not decrease it in absolute terms.

Why are cigarettes so addicting?

The main reason for cigarette addiction appears to be that cigarettes deliver nicotine rapidly to the brain. Nicotine acts on the brain to create urges to smoke in situations where smoking would normally occur and when brain nicotine levels become depleted. When smokers abstain from cigarettes, within a few hours many of them start to experience nicotine withdrawal symptoms. For smokers, the most common early onset symptoms are: irritability, restlessness and difficulty concentrating. Depression and anxiety have also been observed in some smokers. Many smokers experience other symptoms: increased appetite, constipation, mouth ulcers, cough, and weight gain.

How do I stop smoking?

For most smokers, cessation requires a determined attempt to stop and then sufficient resolve in the following weeks and months to overcome what are often powerful urges to smoke. Behavioral support through advice  and encouragement help to increase the rate and long term success of a quit attempt. Using a form of nicotine replacement therapy (NRT: transdermal patch, chewing gum, nasal spray, mouth spray, lozenge, inhalator, dissolvable strip, electronic cigarettes) for at least 6 weeks from the start of a quit attempt increases the chances of long-term success at stopping. Dual-form NRT’ (combining a transdermal NRT patch and one of the other forms) is better than ‘single-form NRT’ (just using one of the products) .

Are there medications available to help me stop smoking?

Medications that help smoking cessation include the prescription anti-depressant, bupropion (brand name Zyban). An alternative prescription medication is varenicline, a nicotinic-acetylcholine receptor partial agonist (brand name Chantix in the US), which improves the chances of success by about 50% more than bupropion or single-form NRT.  These medications probably work by reducing the urge to smoke.