Is Asthma Considered Part of COPD? 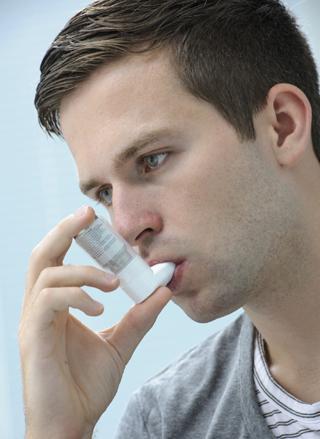 We started off with our definition of chronic obstructive lung disease, or COPD, by including the notion that it is a not reversible limitation of the flow of air. And we think of asthma as classically having reversibility and the ability to normalize or come close to normalizing the flow of air. So asthma is very much a disorder of lots of inflammation and very little damage, while chronic obstructive lung disease we think of the limitation and how the bronchial tubes are working as uncorrectable, completely, it can be improved, but it cant be fixed completely. And that some scarring, or the term we use is “remodeling” has occurred in the bronchial tubes.

I think it’s very important to understand emphysema, which is one of the forms of chronic obstructive lung disease, because it really is the form of chronic obstructive lung disease that involve the actual loss and destruction of functioning lung tissue. The air sacks are damaged, and the blood vessels in those air sacks may be damaged. The combination of bronchial tube disease, which is more likely to cause cough and mucus and wheezing, with emphyzema. Some combination of those two areas may be present more or less in any individual. You may have more of one and less of the other. You may have a lot of both. You may have a little of both, but that is another part that has to be considered as well.

We think now of what asthma has in common with chronic lung disease and that is the inflammation. That is one of the ways we intervene and manage a chronic obstructive lung disease. We also believe now, that if you have asthma and its not corrected, that this inflammation of the bronchial tubes and its never fixed, that it goes on for years and decades, that it can end up as chronic obstructive lung disease. So asthma and COPD not the same, but they do share common symptoms and it seems that one can become the other.